You are here: Home › Our Team – MBC Insurance

We are committed to the on-going development of staff. Through the minimum competency requirements as set out by the Central Bank of Ireland, all staff are now required to adhere to a minimum level of professional standard through examinations and Continuous Professional Development (CPD). 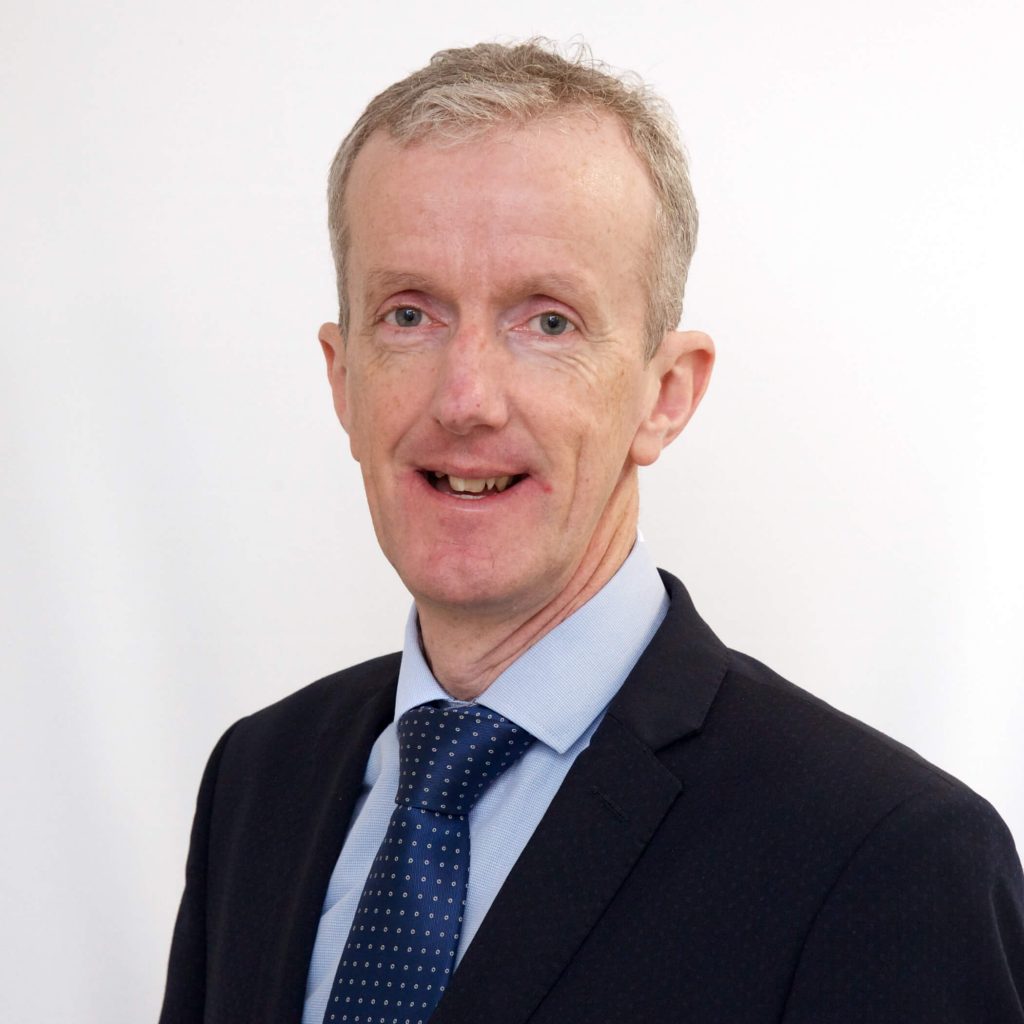 Denis began his Insurance career with MBC Insurance in 1983, and qualified as an Associate of the Chartered Insurance Institute in 1990. In 1996, Denis was appointed Director of the company and 10 years later became Managing Director. In 2007, Denis oversaw the launch of MBC Financial Ltd. Denis assumed the role of Chairman of MBC Insurance in September 2020.

Des has worked in the insurance industry for over 24 years. His career started at O’Leary Insurances in 1988 where he gained the skills needed to become an insurance specialist. He joined Pratt Insurances in 1992 and was made responsible for the set-up of the company’s Russian operation in 1994. He joined MBC in 1999. Des was President of the Insurance Institute of Cork in 2002/2003. He was one of the founding members of Broker Federation of Ireland (BFI) and was national Chairman for two years in 2010 to 2012,and he still sits on the board of directors.  He is a qualified Certified Insurance Practitioner (CIP). Des assumed the role of Managing Director in September 2020. 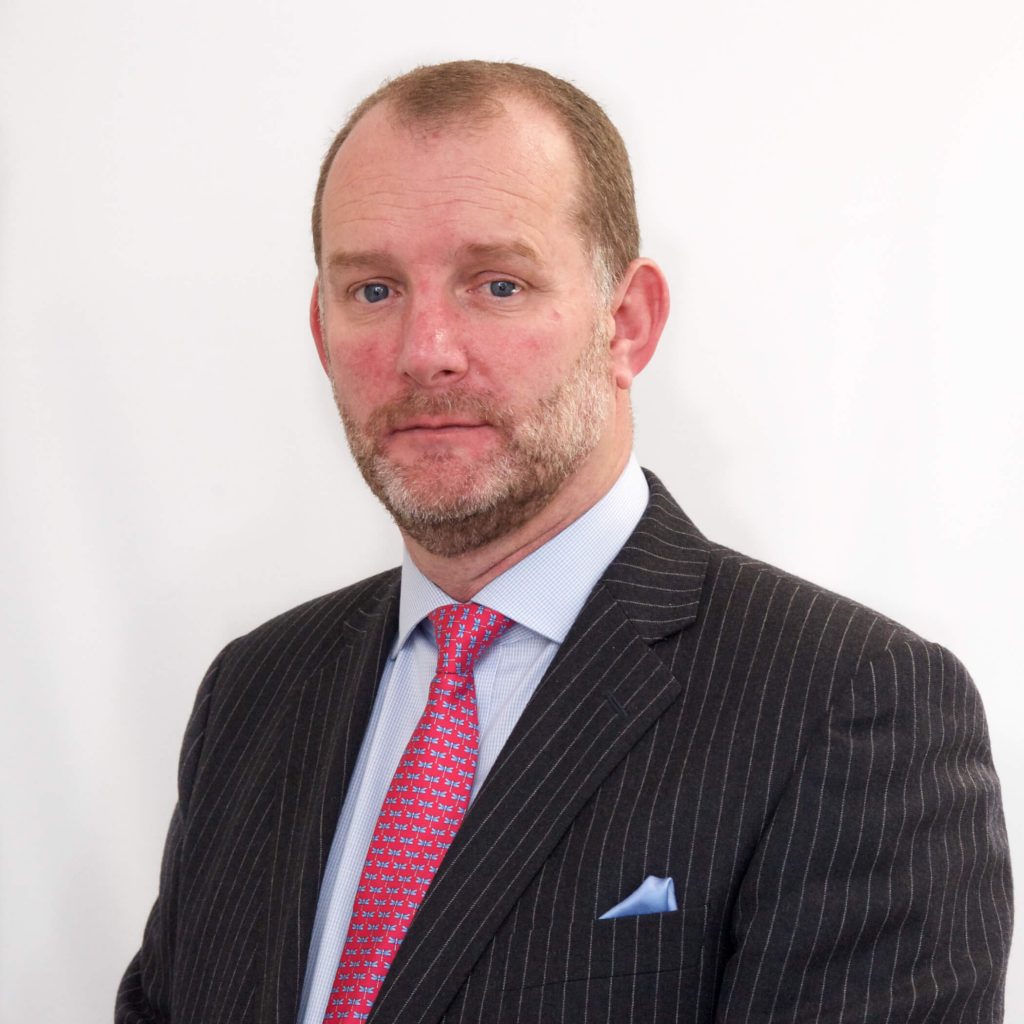 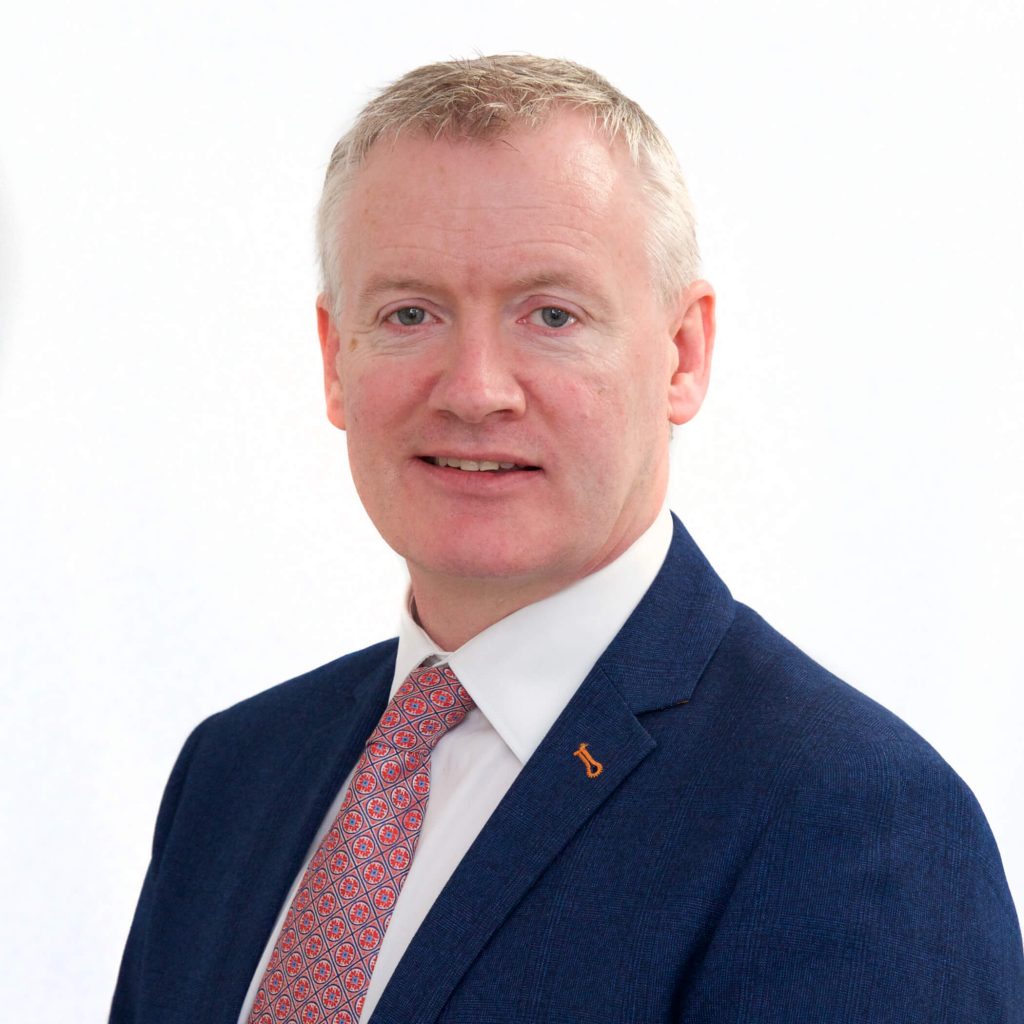 Shane commenced his career in 1990 as a Commercial Underwriter with Hibernian Insurance. In 1997, Shane was promoted to the position of Business Development Manager for the key broker accounts in Cork City. Following 5 successful years in this position, Shane was appointed Director with MBC Insurance in October 2002, where he oversaw the integration of the recently acquired business of Lordan Magnier Insurance brokers.

Today, apart from looking after his own key accounts, Shane also looks after the development of business from a panel of Sub Agents nationwide and overseas the development of our exclusive Craft Brewers Insurance Product and Forklift Hire & Material Handling Insurance Scheme.

Brían McMahon began his career in Insurance in 2006 with MBC Insurance, over time he has held various roles within the company including his current position as Director with responsibility for New Business Sales and Product Development.

In 2017 he was centrally involved in the lauch of MBC Insurance’s new Kerry office at 32 The Square, Listowel, Co. Kerry 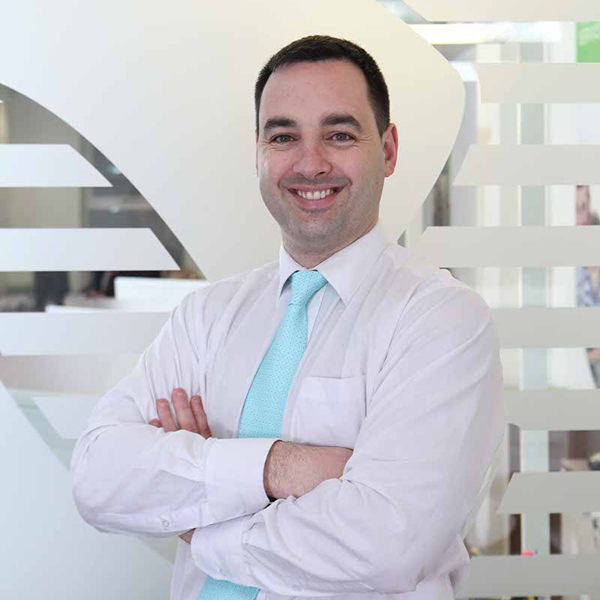 Deirdre has worked in the insurance industry for over 10 years. Her career started at Glennon Insurance Brokers in Dublin, in 2003. She then joined AON Insurance Brokers in Limerick in 2006, before joining MBC Insurance in February 2010 as Personal Lines Manager, she then progressed to her current role as Commercial Account Executive in 2012, and now manages her own account of business specialising in Commercial Property, Liability, Tradesman Insurance, Professional Indemnity, Motor Fleet and IT & Technology Insurance. Deirdre is a qualified Certified Insurance Practitioner (CIP). As of 2017 she is now based out of our Kerry Office and manages a mixed book of Commercial & Personal Lines Business. 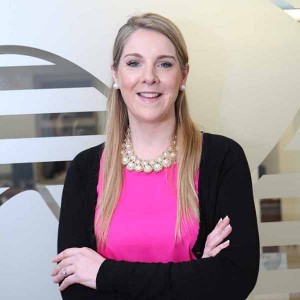 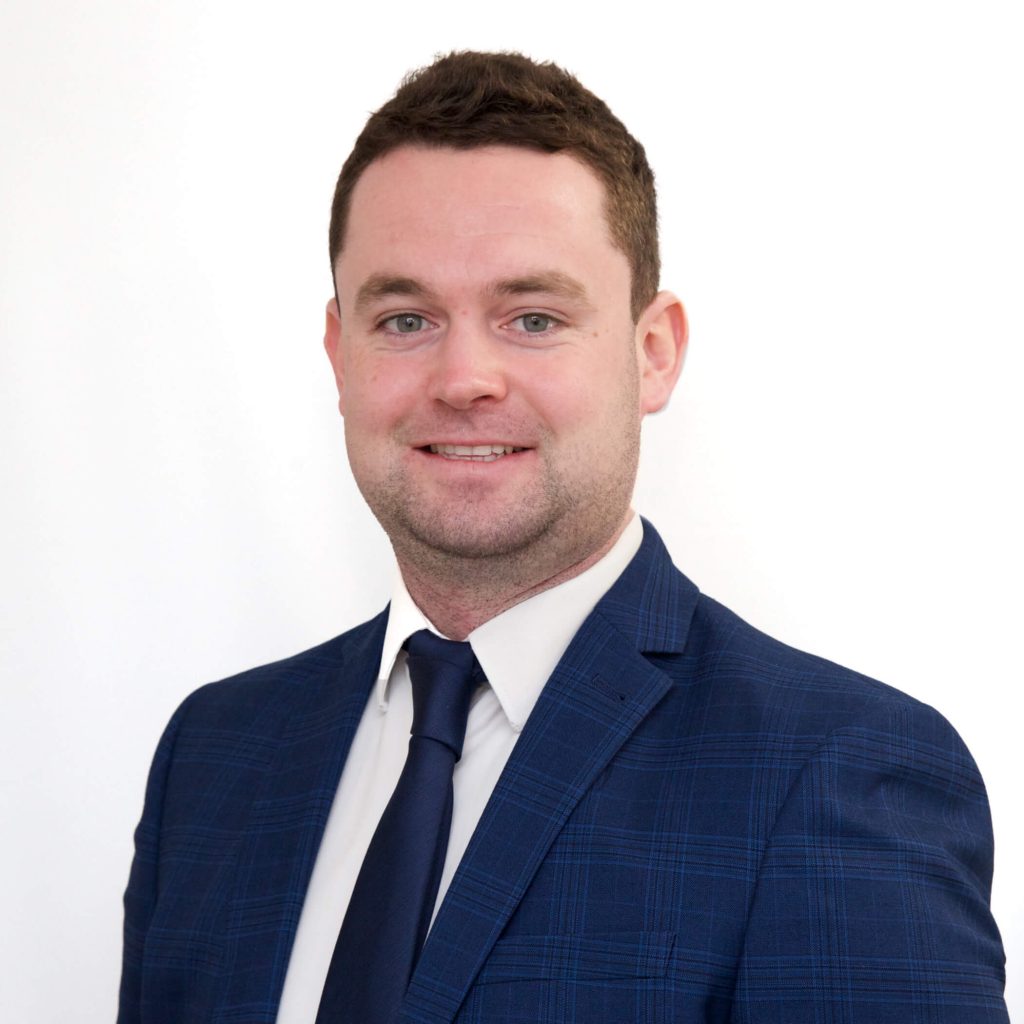 David began his career with MBC Insurance in 2015 where he worked as Personal Lines Executive specialising in Household Insurance and Motor Insurance. David then progressed to his current role as Commercial Account Executive in 2016, and now manages his own account of business specialising in Commercial Property, Liability, Tradesman Insurance, Professional Indemnity, Motor Fleet and IT & Technology Insurance. David holds a MBS in Electronic Business and a Bachelor of Commerce degree from University College Cork. David is a Certified Insurance Practitioner (CIP) & is progressing towards completing the Advanced Diploma in Insurance (ACII) qualifications.

John commenced his career with MBC Insurance in September 2013. He holds an undergraduate degree in Quantity Surveying & a master’s degree from the University of Limerick in Risk Management & Insurance. He currently manages an existing book of Commercial Business specializing in Business Insurance, Property, Liability, Professional Indemnity, Motor Fleet, Tradesman and Farm Insurance. He is also actively involved in New Business & Product Development initiatives. In 2017 he was centrally involved in the launch of MBC Insurance’s new Kerry office at 32 The Square, Listowel, Co. Kerry. He is a qualified Certified Insurance Practitioner (CIP).  John was appointed an Associate Director of MBC Insurance in 2021. 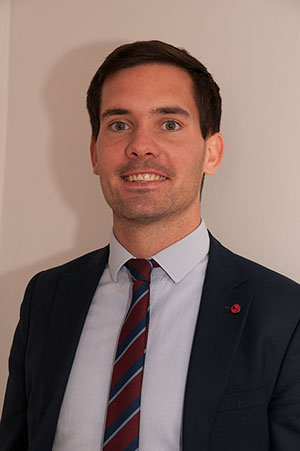 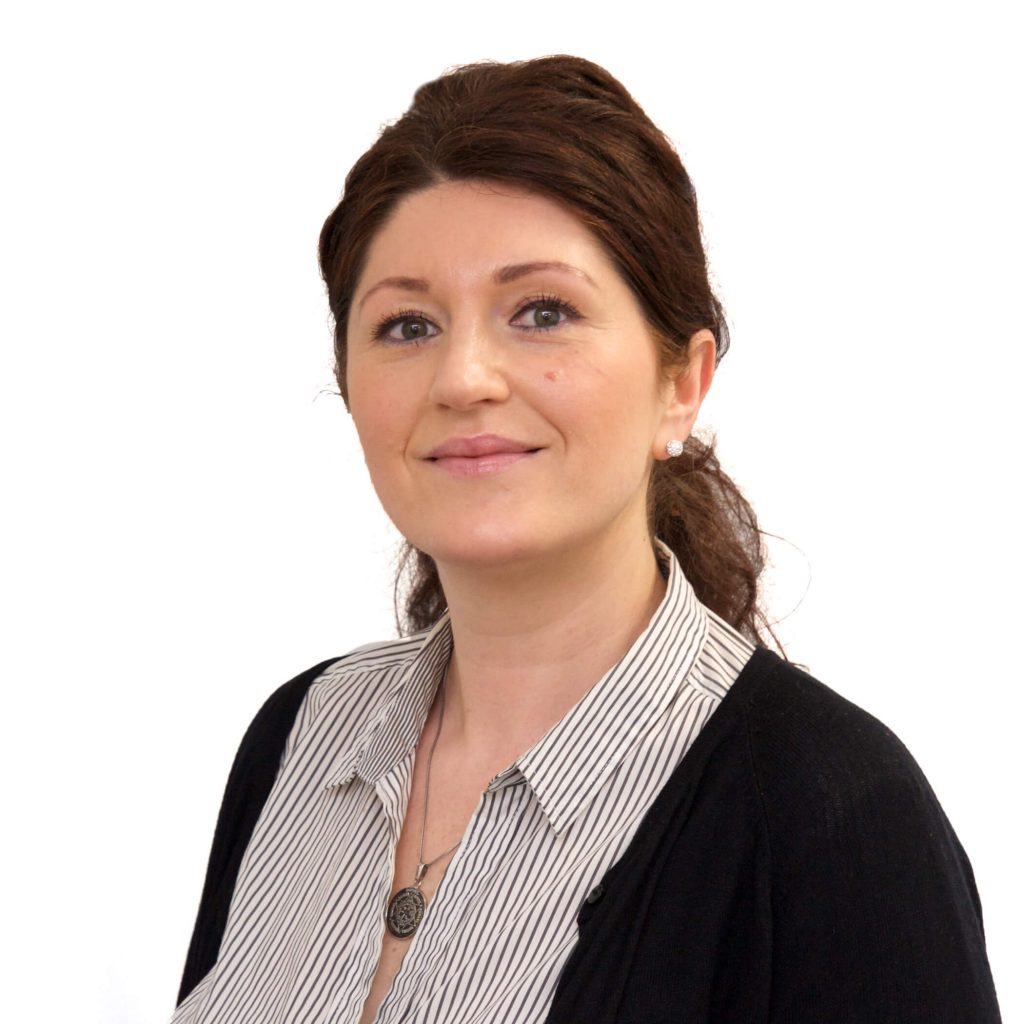 Daria commenced her career with MBC Insurance in 2010 as a part of the Accounts Department. She currently handles all insurer settlements and queries. She is currently working toward her ATI qualification. 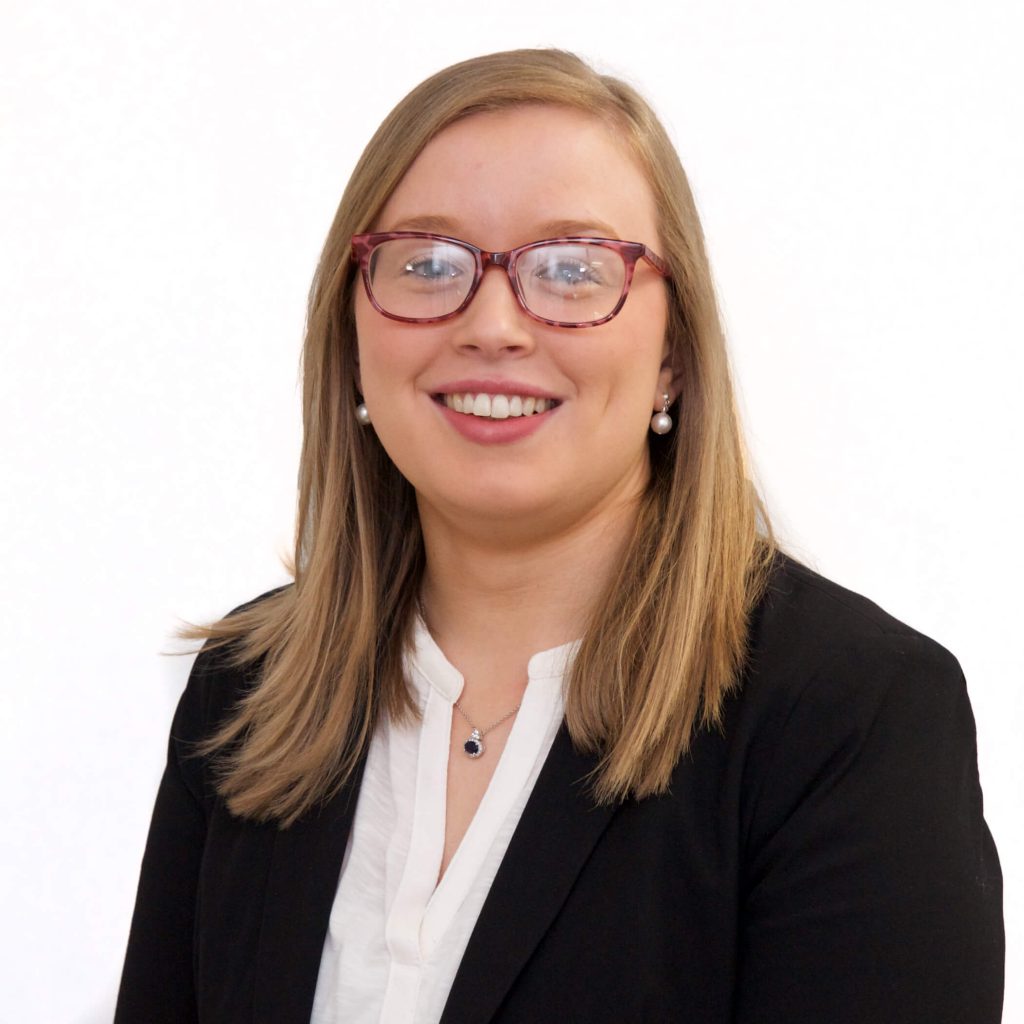 Sinéad graduated from Cork Institute of Technology with an Honours Bachelor of Business in 2014. She joined MBC in September 2014 as part of the Personal Lines specialising in Motor & House Insurance. Sinéad progressed to her current role as Commercial Account Executive in 2016 & currently manages her own book of commercial clients, specalising in Property, Liability, Fleet and Professional Indemnity. Sinéad is a qualified Certified Insurance Practitioner (CIP). 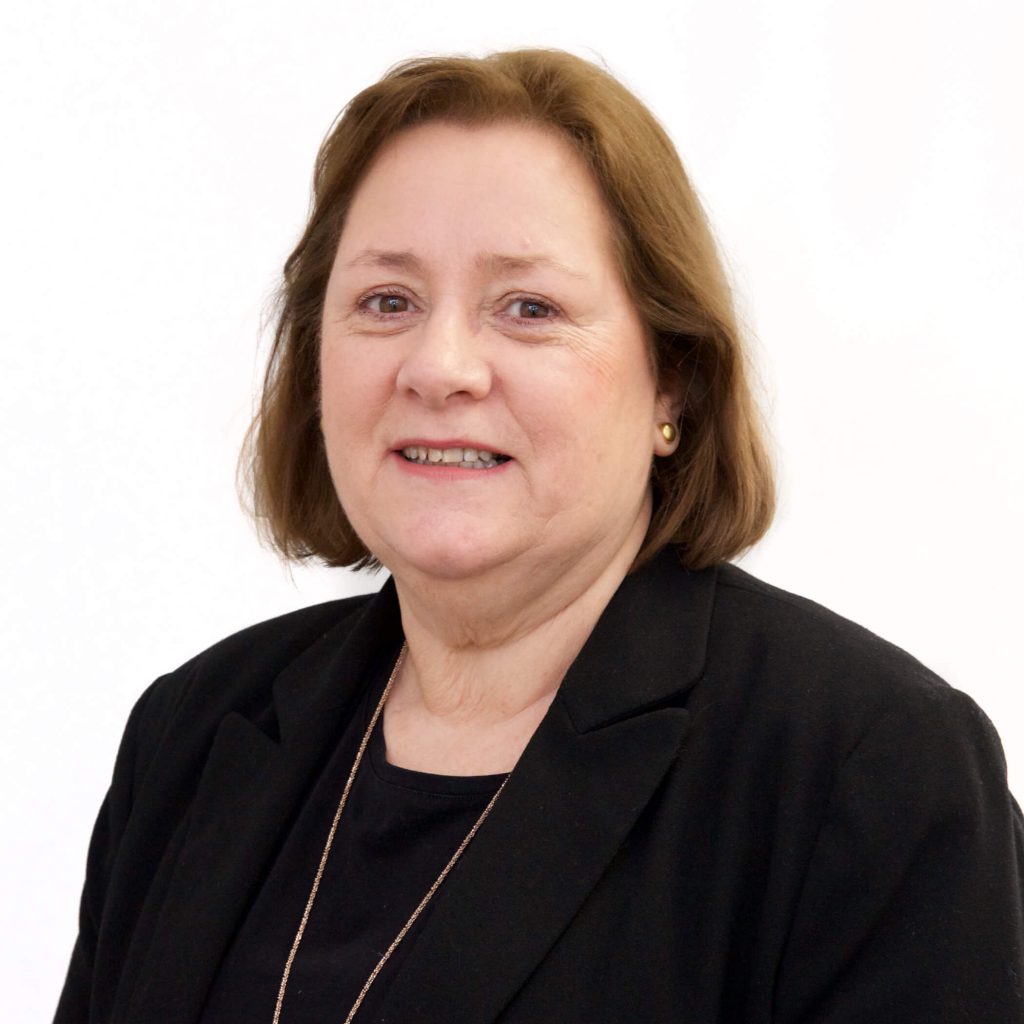 Anne has been working in the insurance business in Cork for numerous years in various roles from General Insurance to Health Insurance.

She is APA qualified in Personal Insurance and is working towards Certificate Insurance Practitioner (CIP).

Geraldine joined the team in MBC Insurance in March 2022 with 10 years’ experience in the Insurance Broker sector specialising in Motor, Home and Van Insurance. 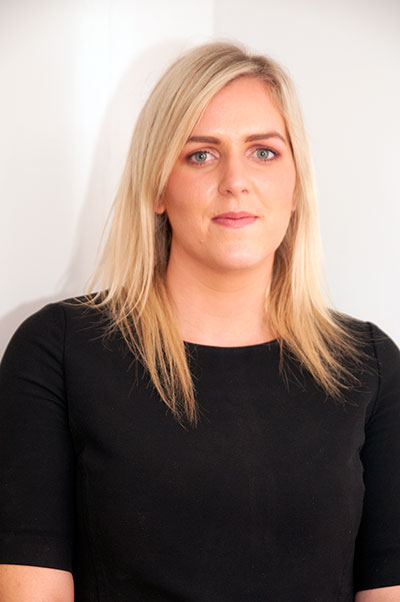 Rose O’Mahony holds a Bachelor of Commerce degree from UCC and is a member of the Chartered Institute of Management Accountants.  She has also completed a Certificate in Risk Management and a Diploma in Internal Audit. Rose has extensive experience in SMEs, Financial Services and Multinationals,  in both the Public and Private Sectors. Rose joined MBC Insurance in July 2019 as Finance Manager. 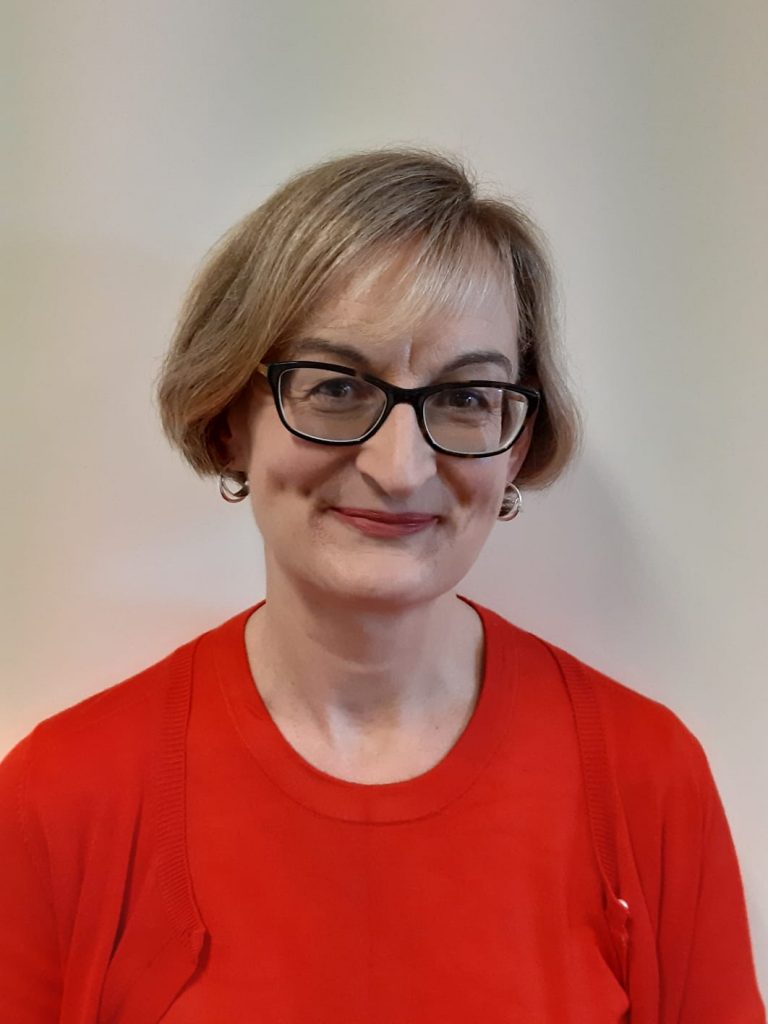 Sarah  graduated from the University of Limerick with a BA, Bachelor of Art in 2017.

She previously worked in the Medical and Horse Racing Industry for several years before deciding to change career and join the Kerry Team of MBC Insurance in March 2019. She works in our Motor & Home Insurance team.  Sarah is Approved Product Provider (APA) qualified. 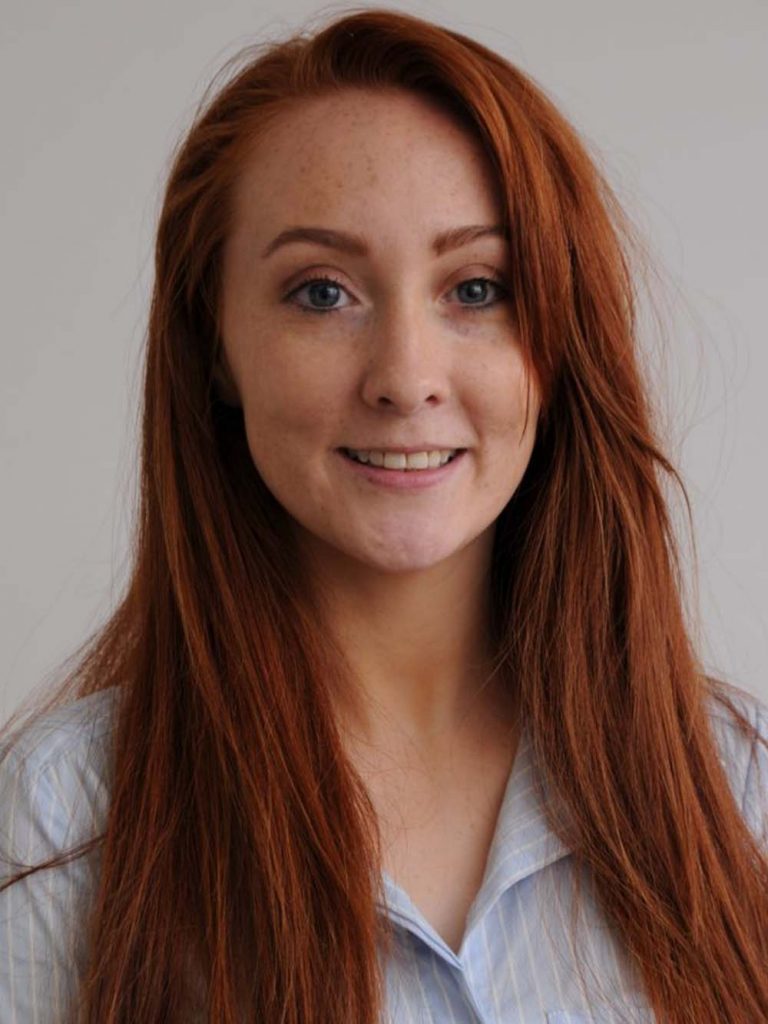 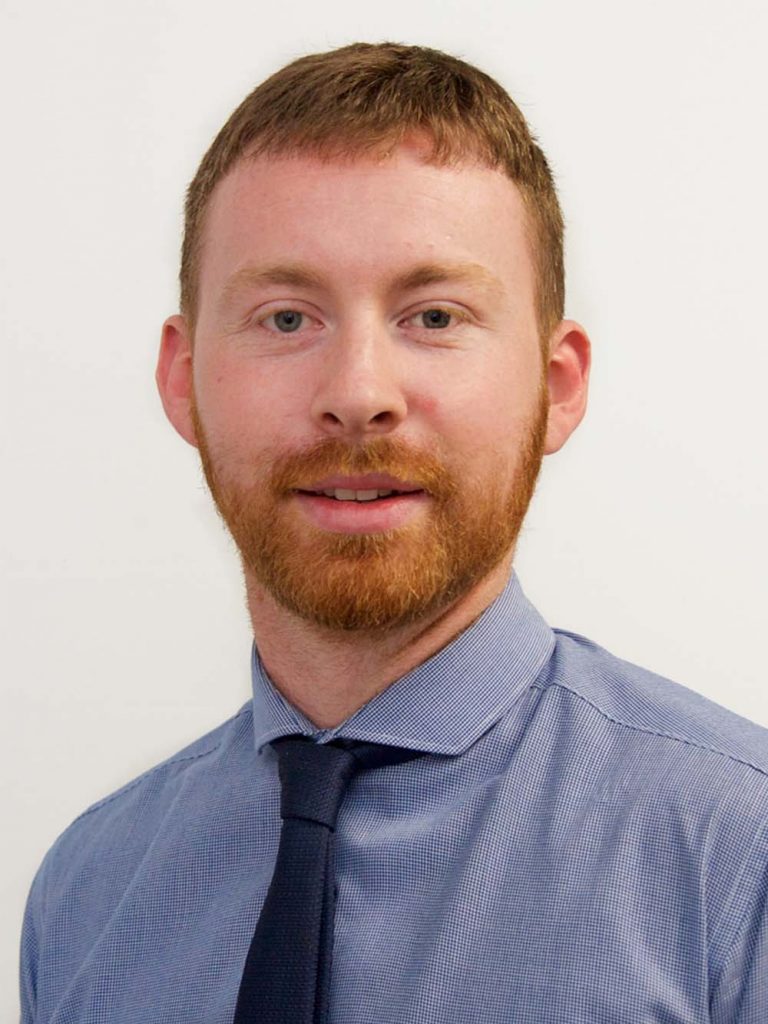 He has a number of years of experience in the Motor trade industry mainly warranty sales and account handling.

Noreen recently graduated from Pitman Training Kerry after completing a Secretarial Diploma. She has previously worked in Retail for 4 years before deciding on a career change. She joined the Kerry team in September 2019 and works in our Motor & Home Insurance team. Noreen is Approved Product Provider (APA) qualified. 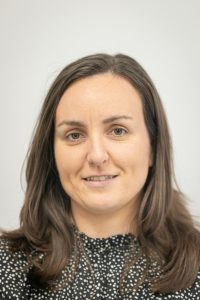 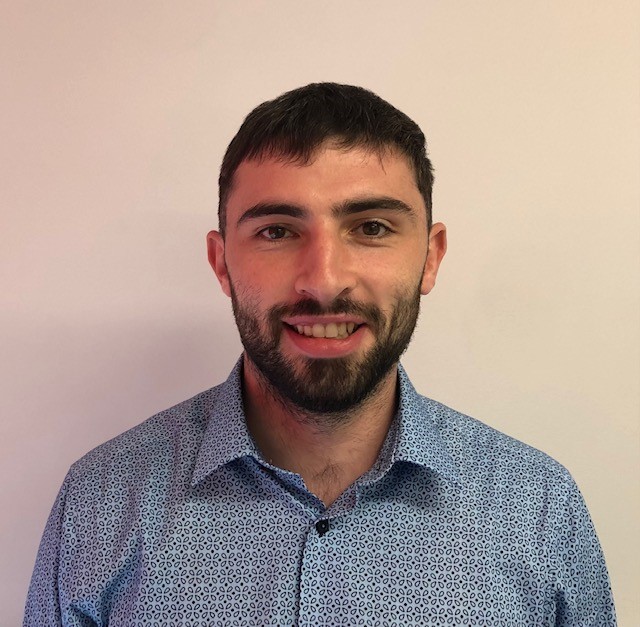 Jake joined the Kerry Team of MBC Insurance in July 2021. He is working on our personal lines team, in particular household and motor.

Mark is the newest member to join our team having come from an insurance broker in Cork City with two years’ experience in both Personal Lines and the Commercial Department. Mark has joined our Commercial Team and holds a Bachelor of Business Degree in Management from Munster Technological University. Mark is working towards completing his Accredited Product Advisor (APA) exams in the autumn and will then progress towards completing the Certified Insurance Practitioner (CIP) qualifications over the following year.

Sandy has over 15 years’ experience in the insurance industry. She began her career as a Personal Lines Underwriter with Hibernian Insurance in 1997.  Sandy gained invaluable experience during her career with Hibernian Insurance, working in different areas of the business before being appointed to a Team Leader of the Broker Service Centre in 2002.  She joined O’Leary Insurances in 2016 as a Personal Lines Executive and Claims Handler. Sandy has an APA Qualification in Personal General and Commercial General Insurance 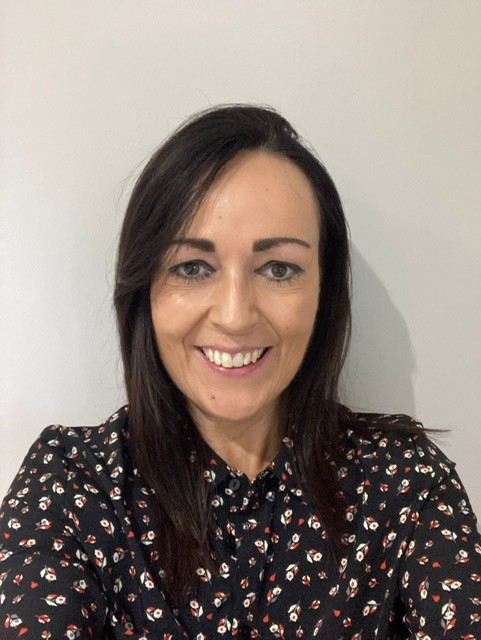 Andrew graduated from University College Cork in 2018 with an Honours Bachelor of Commerce degree. He previously spent 3 years working in the Financial Services industry before joining MBC Insurance in March 2022. Andrew is a qualified Certified Insurance Practitioner (CIP). He is working on our personal lines team, in particular household and motor insurance. 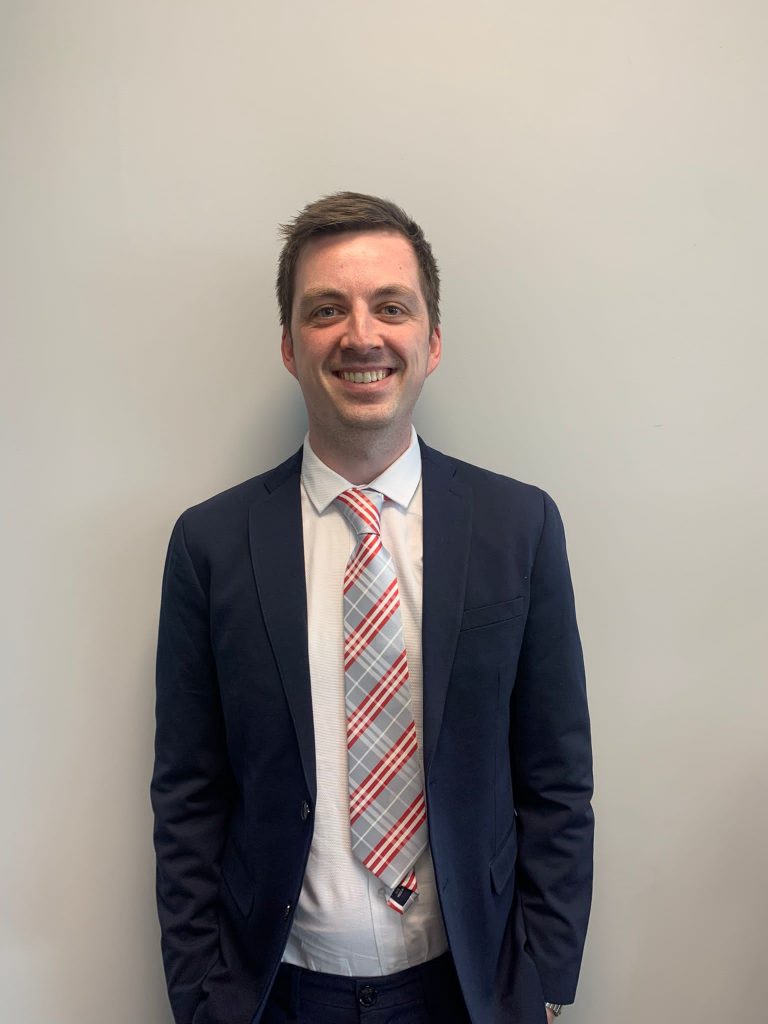 Rachel graduated from Munster Technological University with a Bachelor of business degree in management before starting her career in personal lines in Campion Insurance. After 3 years in personal lines, Rachel has joined our commercial team. Rachel is a fully qualified APA insurance professional and working towards her Certified Insurance Practitioner (CIP) qualifications 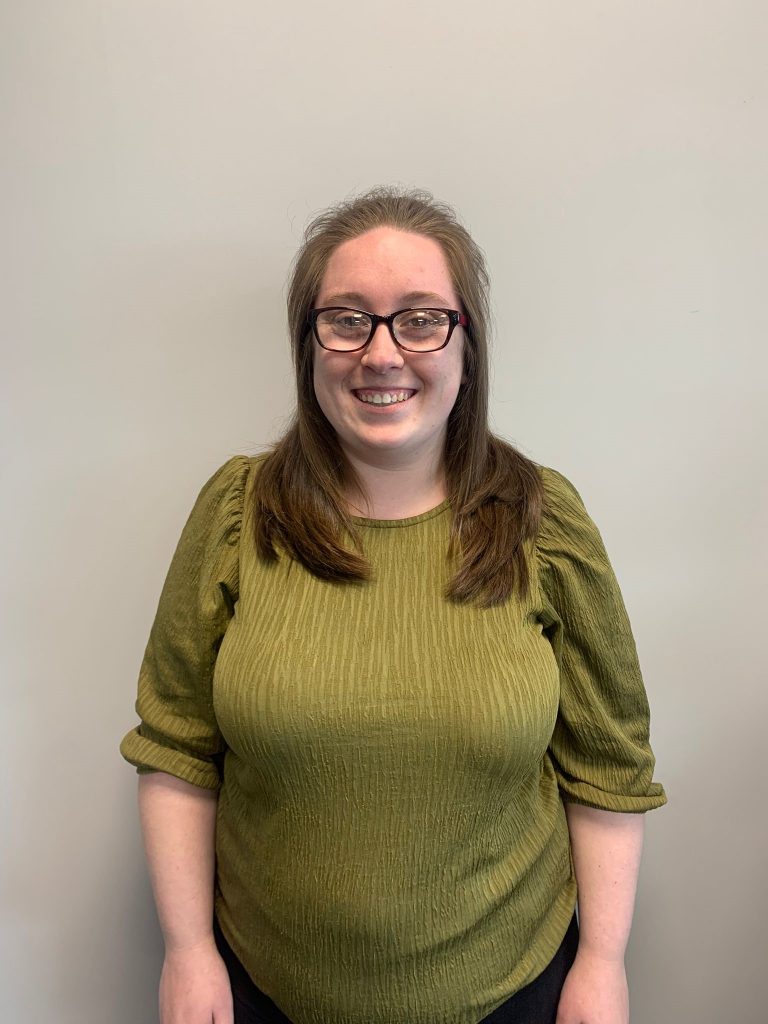